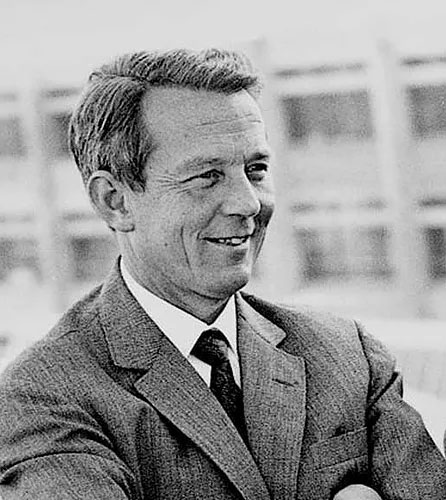 As a representative of the third generation, Heinrich Gebert (1917–2007) took over his parents' plumbing business in Rapperswil at the age of 36. Together with his younger brother Klaus, he developed the company into Geberit, a global leader in the sanitary products sector. The breakthrough came as early as 1952 with the development of the first-ever plastic cistern. Thanks to a combination of know-how and entrepreneurial spirit, Heinrich Gebert succeeded in growing the business beyond Switzerland's borders into a group with 3,400 employees and a turnover of around one billion Swiss francs by the end of the 1990s.

After giving up an active role in the running of the company, Heinrich Gebert supported numerous private institutions in the fields of education and the arts. He committed 220 million Swiss francs in endowment capital to Gebert Rüf Stiftung, his most substantial foundation, making it the largest private science and innovation foundation in Switzerland. The name is a tribute to his late wife Paula Rüf, who died in 1995. A lawyer by profession, she was also a literary journalist of note. Heinrich Gebert opted not to take a seat on the board of trustees as he was of the firm belief that the professionals could put his idea into practice more efficiently. His decision to set up the foundation made him the first patron in Switzerland to also apply entrepreneurial principles to not-for-profit activities.